West End Facial Plastic Surgery Blog When is it time for an eyelid lift?

Eyelid lifts are my most popular cosmetic surgery. But how do you know when it’s the right time? In general, people want to manage their aging process gracefully, meaning that they want to look better but don’t want anybody to really be able to tell. The key for surgical solutions is often timing. You want to make sure it’s the right time for surgery, but you don’t want things to have gone SO far that the change will be obvious to other people.

Today we’re going to review the aging process as it affects your eyes and things to consider as you decide whether it’s time for an eyelid lift. 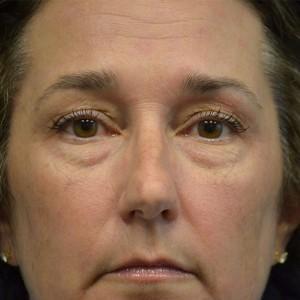 Let’s review the anatomy of your eyelids and how it is affected by aging. The outer layer is made of skin. This skin is the thinnest skin of your entire body and it’s extremely susceptible to stretching out and wrinkling. Under the skin lies the orbicularis oculi muscle (don’t worry, there won’t be a quiz later). It’s the muscle that makes you close your eyes when you squeeze them shut. Under that is a layer of thin connective tissue called the orbital septum. Behind the septum is fat. The fat is meant to be there and it serves as a cushion for your eyeball.

As we age, the orbital septum thins out which allows the fat to bulge forward. No amount of weight loss is going to make the bulge go away because it’s an issue of support. Think about the orbital septum like you would a pair of Spanx®. Spanx® make you look good because they squeeze what you have into a smaller shape under your clothes. The same amount of tissue is there, it’s just better supported. Which gets to our first consideration of when it’s time for an eyelid lift.

All about Hispanic Rhinoplasty