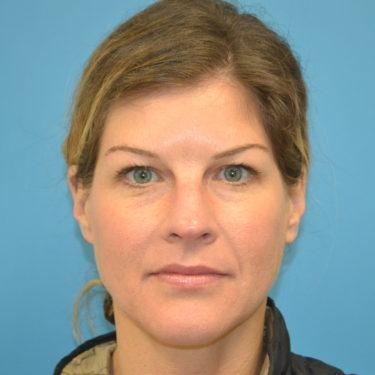 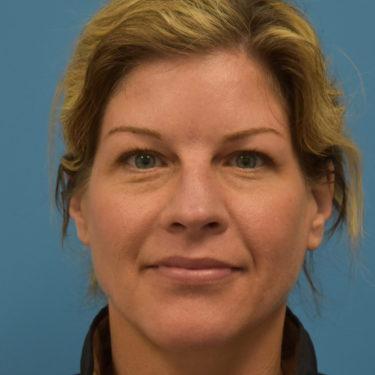 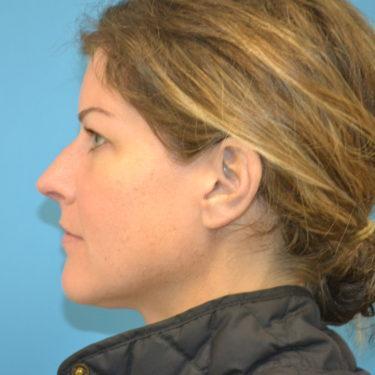 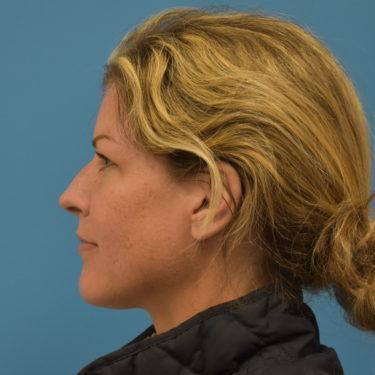 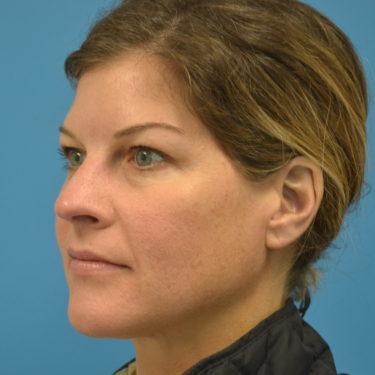 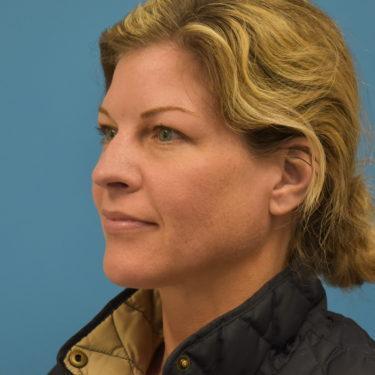 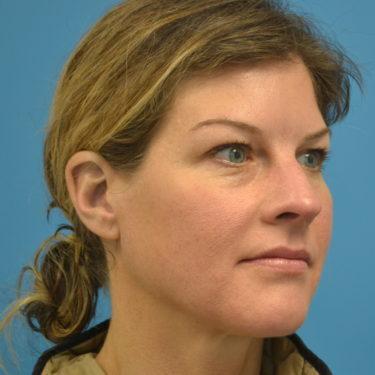 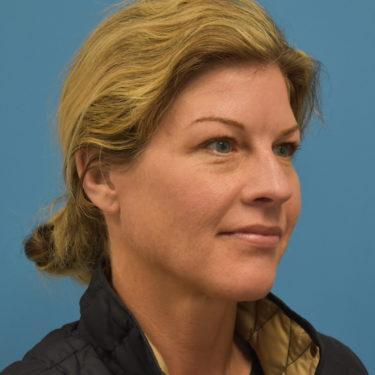 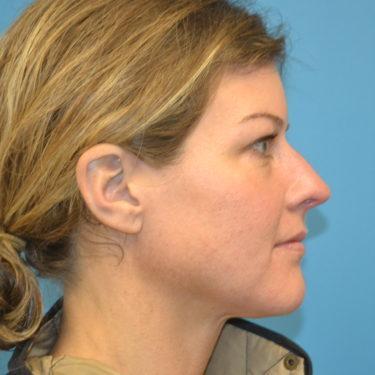 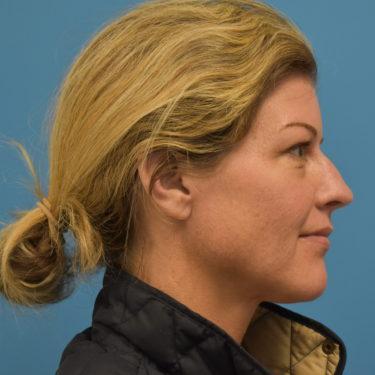 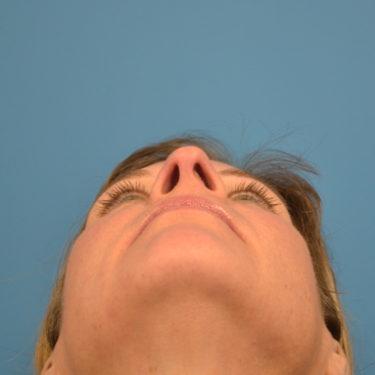 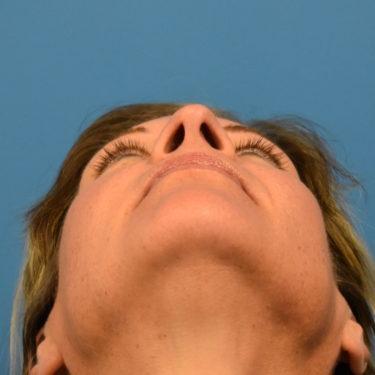 This woman in her early 40’s had trouble breathing through the left side of her nose for many years. We discovered that she had a deviated septum. While we were looking at dates to repair the septum, she suffered a broken nose from her dog! Her nasal bones had been moved out, making her nose wider than it used to be and giving her a very small dorsal hump.

Surgery was done through a closed approach to remove the new deformity, bring in her nasal bones, and straighten her septum so she could breathe.

Her result is shown at three months. Her septum is no longer visible in her left nostril, her nose is slightly narrower, but otherwise it looks the same.