A “nose job” can refer to any surgical procedure that involves work on the architecture of your nose. This can include a “septoplasty-” work done on the inside to improve your breathing. It can include a “rhinoplasty-” work done on the external nose to achieve a number of goals. It can also include a “septorhinoplasty” which combines work on the inside and outside parts of your nose. Depending on how the healing process goes, a nose job may need to be repeated or redone- a “revision rhinoplasty.” If you’re considering a nose job, here are four things that you should know! 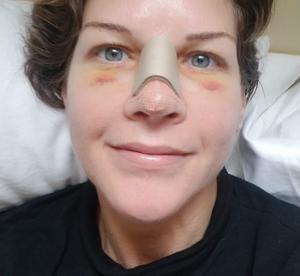 I’m a firm believer that if a patient is considering a nose job, or any facial surgery for that matter, they should know what to expect. Ask to see before and after photos– not just what previous patients look like after a year, but ask to see what they looked like at a month, two weeks, even a week after surgery. Here’s a link to the before and afters of nose jobs on my site. If you want to see what the healing process looks like, come in for a consult. I’d love to see you and show you what I can do.