What is laser resurfacing?

Today on the blog, we’re talking about lasers. While we at WEFPS love doing surgery, we also love less invasive ways of helping our patients look better. Previously we discussed intense pulsed light or IPL treatments as a way of reversing sun damage. While IPL is great at getting rid of brown spots and background redness, it really doesn’t do well for fine lines and wrinkles. For those, we actually have a lot of solutions!

While IPL uses very bright white light to achieve its effects, lasers take one specific frequency of light to do a task. Laser resurfacing technology uses lasers to rejuvenate the more superficial layers of your skin. It comes in a lot of different flavors.

Older lasers would use a literal laser beam to zap off the outer layers of your skin. This is Star Wars kind of stuff. While the effects were awesome, there were some significant disadvantages- your entire face would get red and icky and would stay that way for weeks to months! Think about getting a really severe sunburn- it was kind of like that. 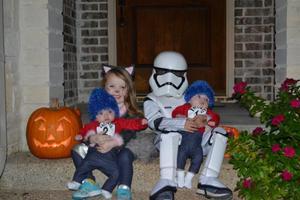 Stormtroopers can be cute, but don’t let them resurface your face.

In the mid-2000’s, laser resurfacing technology changed. Instead of a solid beam of light vaporizing the top layers of your skin, the beam started to get broken up or fractionated. So instead of one big beam, you would get treated with hundreds to thousands of little tiny beams. The advantage was that areas of intact skin were left behind which greatly accelerated healing times. Instead of being red and icky for months, you were only red for a week or two. The effects were still good, but the recovery was a lot easier. However, it still hurt A LOT. We would frequently combine laser resurfacing with a facelift because the patient was under anesthesia and rarely did it otherwise simply because it required anesthesia! 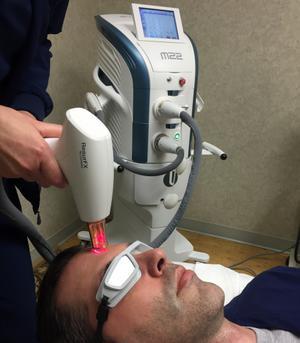 Here at WEFPS, we offer a fractionated laser resurfacing technology that is not ablative. What does that mean? There’s no vaporizing. Your skin remains intact, so there’s minimal redness and it goes away in a few hours. Our laser works by stimulating collagen production in the deeper layers of your skin. It can hurt, so we use topical numbing cream and the laser head is cooled which is nice.

Now, the effects aren’t as dramatic as you would get with a laser that vaporizes the outer layers of your skin, so there is a trade off. We usually recommend three treatments spaced out about six weeks apart to get the best effect, but you will see an effect with just one treatment. 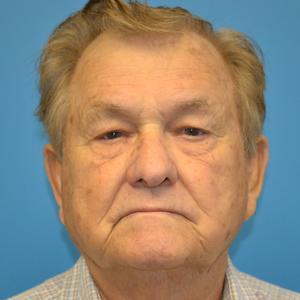 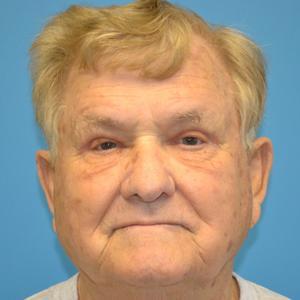 This gentleman had his eyes done and had full face laser resurfacing at the same time using our kinder, gentler laser. He had no significant redness after his treatment. And you can see a nice change.

For more on our laser-based treatments, check out this link!