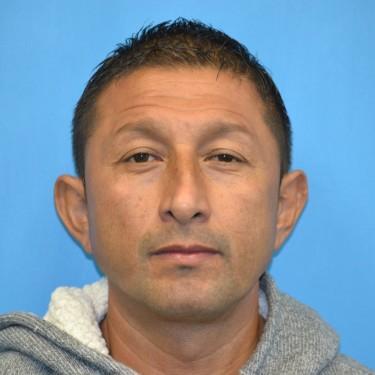 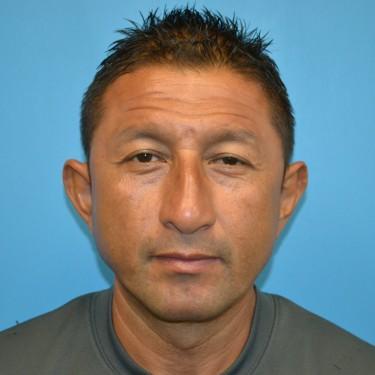 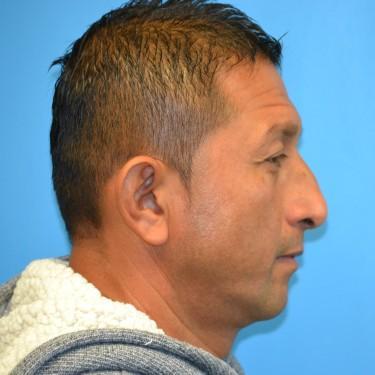 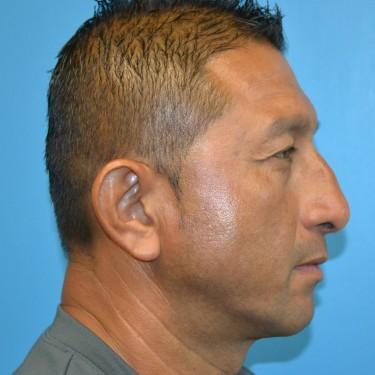 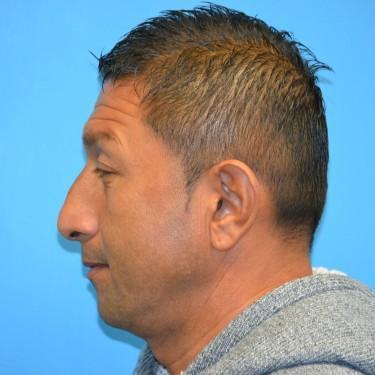 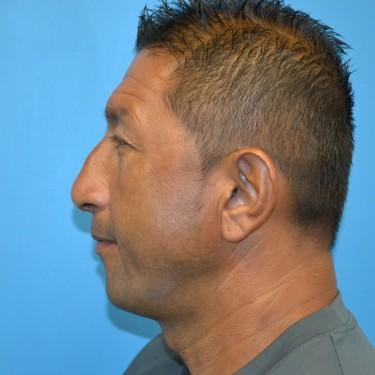 Here we have a Hispanic male in his forties who had suffered a nasal fracture while playing basketball twenty years ago. He had severe nasal obstruction in both sides of his nose. You can see how his nose is obviously crooked. The middle 1/3 of his nose was pinched. He had to breathe through his mouth at night and had trouble breathing when he competed in marathons. He had a rhinoplasty to improve his breathing and repair the prior nasal fracture.

His post-operative photos were taken four months after his surgery. His nose is significantly straighter and we preserved his ethnic identity. Happily, his running times improved now that he can breathe better!