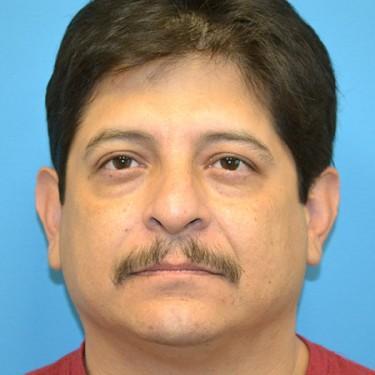 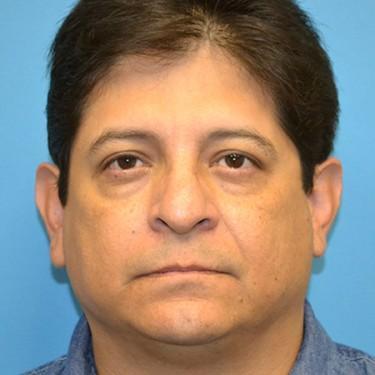 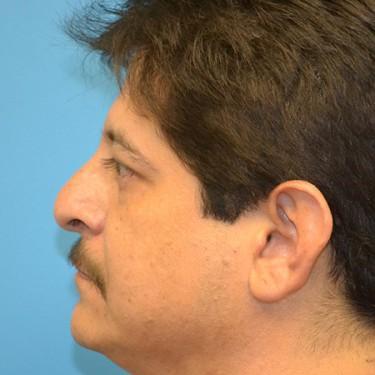 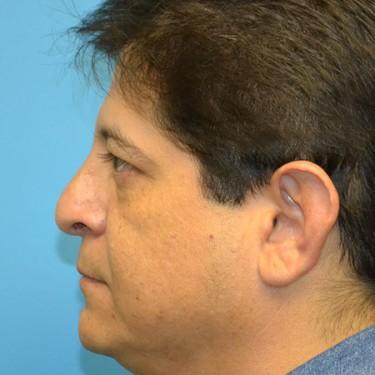 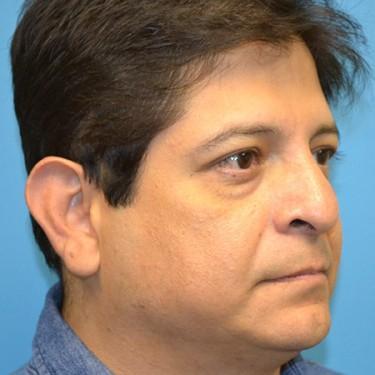 This patient came to me with long-standing nasal obstruction and snoring. He also had concerns about the outside of his nose. He wanted his nose straighter. His nose was somewhat rounded in profile. He was also concerned about some asymmetry of his columella when viewed from the front- his right medial crus was slightly lower than the left. He was also very clear that he wanted a natural look after surgery. He underwent an open rhinoplasty to address his breathing and nasal appearance. His breathing was greatly improved and he was extremely satisfied with the improvement in his nasal appearance. The postoperative photos were taken over a year following his procedure.