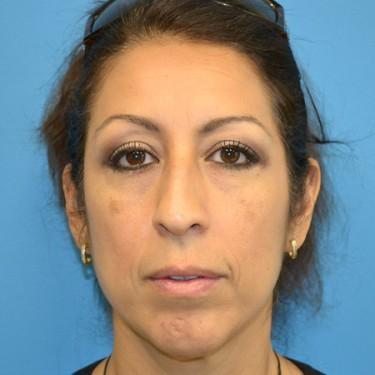 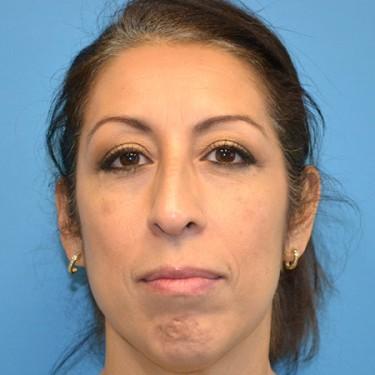 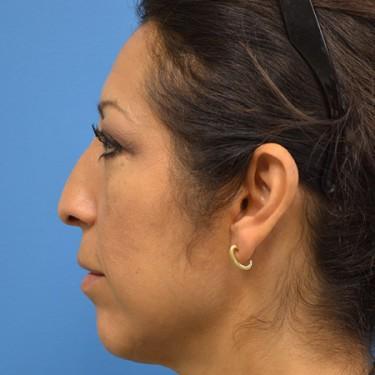 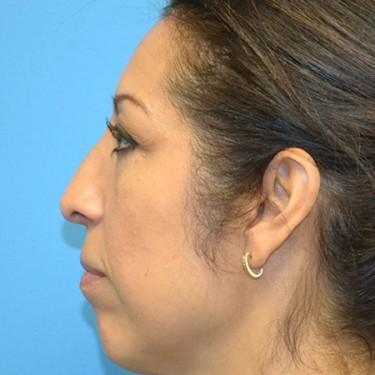 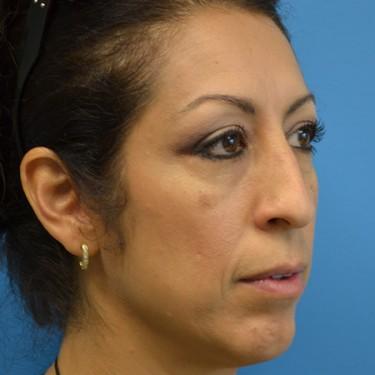 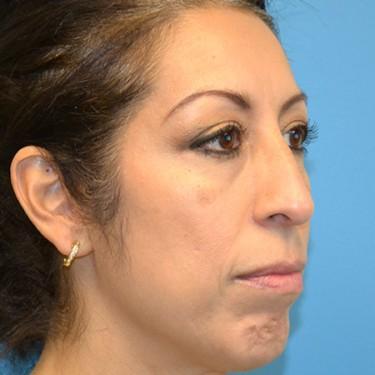 In general, a nose that looks good functions well and vice versa. This patient had experienced worsening nasal obstruction for several years. She noticed that when she used her finger to push her nasal tip up and out, her breathing improved. She had very poor nasal tip projection. She also had a severely deviated septum. We performed an open rhinoplasty where we straightened her septum and used cartilage from the back part of her septum to strengthen her nasal tip support and add nasal tip projection. By bringing her nasal tip up and out, we were able to greatly improve her nasal breathing and her nasal aesthetics. She was thrilled with the overall improvement. Her postoperative photos were taken four months following her surgery.