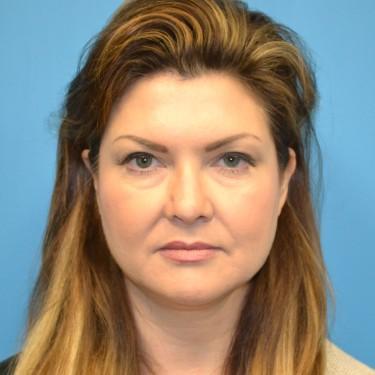 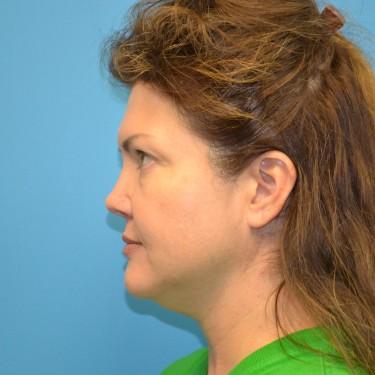 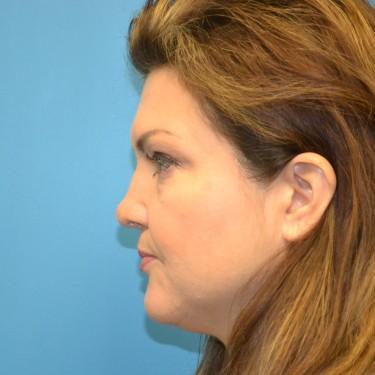 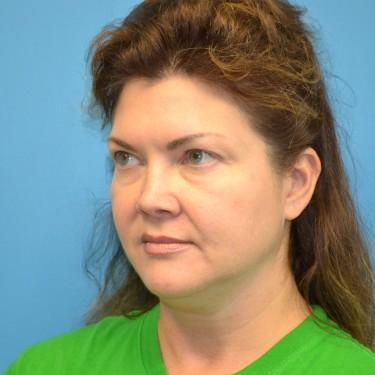 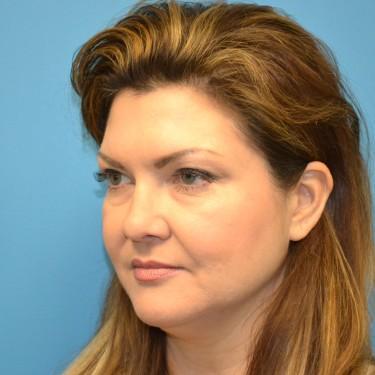 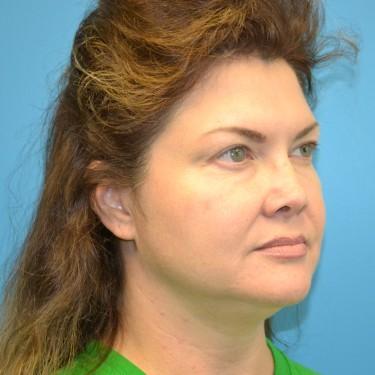 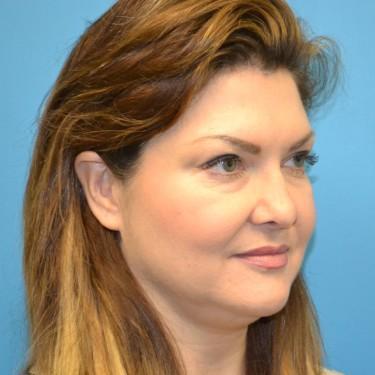 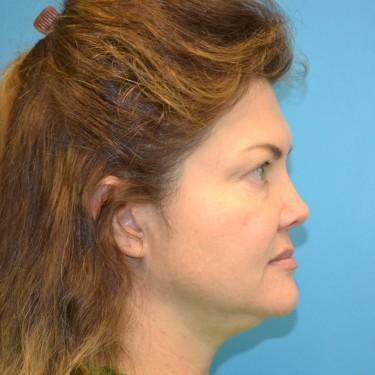 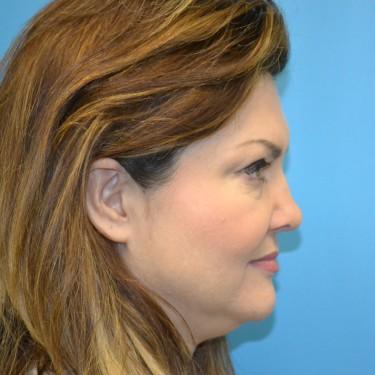 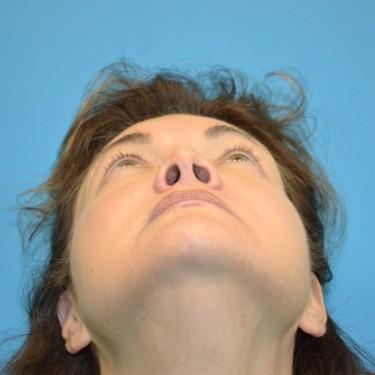 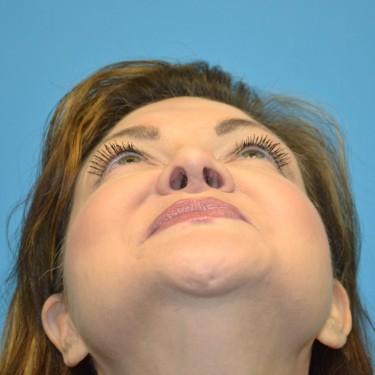 This patient in her forties had a cosmetic rhinoplasty through a closed approach in 1999. Over time she developed difficulty breathing on both sides of her nose, but it was worse on the left. She also disliked the appearance of her nose. She thought it was pinched and overly rotated.

Surgery involved completely rebuilding her nose to improve its appearance, fix her breathing, and bring it more into balance with her other facial features. She needed cartilage grafting from her ear and from her rib.

After she recovered, her breathing was much improved. She absolutely loves her new nose- she says it is like the nose she was always meant to have. Post-operative photos were taken five months after the revision procedure.