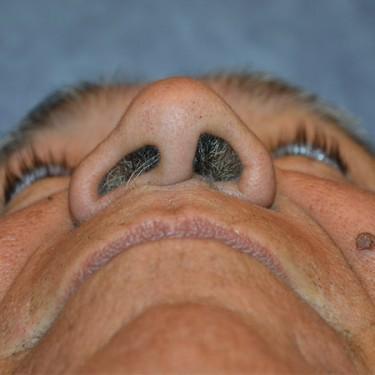 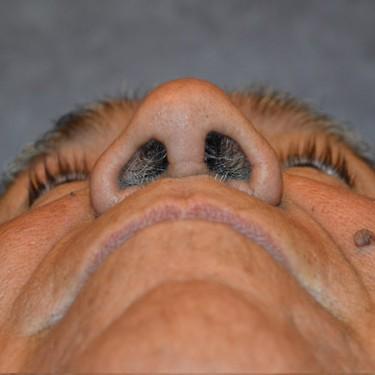 This patient came to me several weeks after a tree limb hit him in the nose. He suffered a severe fracture of his nasal septum. The nasal septum divides the two sides of the nose. His was fractured such that he could no longer breathe, particularly on the right. We performed a purely functional open rhinoplasty where we removed the broken portions of his septum and replaced them with unbroken cartilage from the back of his nasal cavity. His breathing was immediately restored. The postoperative pictures were taken almost four months following the surgery.