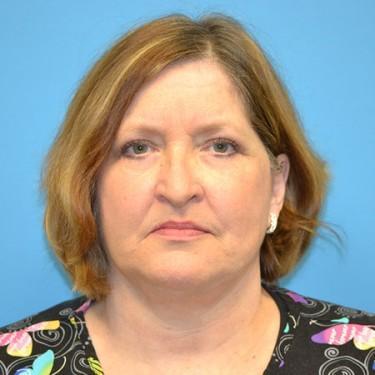 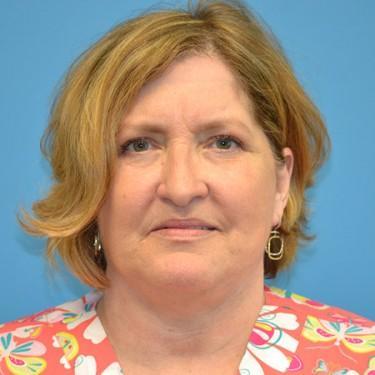 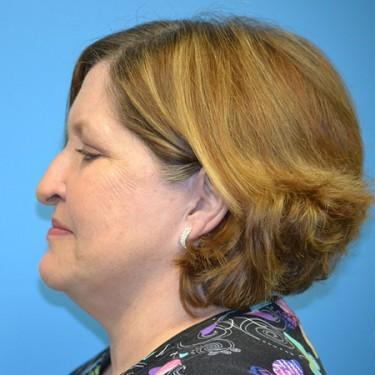 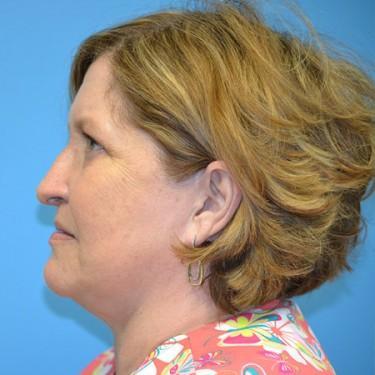 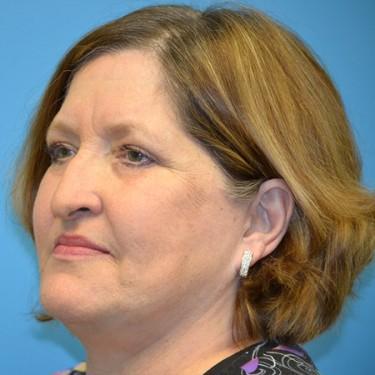 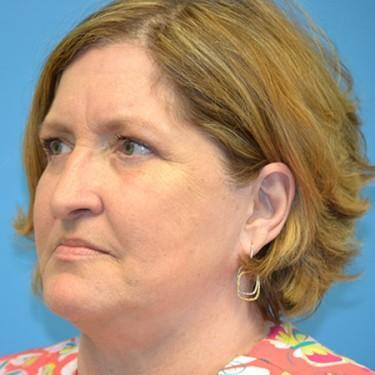 This patient had long-standing nasal obstruction and a small bump on her nose following a nasal fracture suffered years before. Her breathing improved to a point with nasal sprays, but she desired an improvement in her breathing and in her nasal appearance. She said “I’ve always hated my nose.” She had severe tip ptosis, a deviated septum, and a slight dorsal hump. We performed an open rhinoplasty where we elevated her nasal tip, augmented her nasal projection and tip support, and restored her breathing. We managed all of these changes while giving her a nose that looked natural and functioned well. Her postoperative photos were taken six weeks following her procedure.